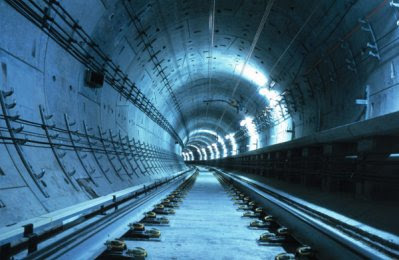 Dubai Municipality has begun exploratory work for a deep tunnel sewerage project that will cover key catchment areas of Deira and Bur Dubai.
The Dubai Strategic Sewer Tunnel Project, which is estimated to cost nearly Dh12 billion ($3.26 billion), will involve construction of more than 70km of tunnels supported by approximately 140 km of link sewers and key pumping stations.
US-based Parsons Overseas Limited has been appointed the engineering consultant for the giant project, said a statement from the Dubai Municipality.
When completed in 2022, the project will eliminate over 100 pump stations around the city that currently transfer sewage to treatment plants in Al Warsan and Jebel Ali, it stated.
The new multi-billion dollar project comes as part of the Dubai government’s broader development of a modern city infrastructure to accommodate continued population growth, it stated.
Dubai Municipality, which has commenced a Geotechnical Investigation for the project, said the key objectives are to reduce the cost of treating sewage, reduce carbon emissions through the use of gravity systems and reduction in power demand.
“The sewerage infrastructure is part of the essential infrastructure of a modern city,” remarked Hussain Nasser Lootah, the director general of Dubai Municipality.
“To fulfill the city’s needs, Dubai has approved an integrated plan proposal to expand the existing sewerage system and improve the arrangements for sewage disposal by combining land based sewage treatment and a deep tunnel sewerage conveyance system,” noted Lootah.
He pointed out that the project had become a vital one as Dubai had been experiencing rapid population growth since 2003.
“In addition to a rapid change in population, there is an increase in residential communities where mixed use is gaining ground and residential areas are increasingly accommodating commercial, public and mixed-use facilities,” stated Lootah.
“Thus, residential areas are affected greatly in terms of increasing density and overloading of existing infrastructure,” he noted.
“The new sewerage system will serve the city for at least the next 50 years. We want to reassure the local communities that they will not experience any disturbances during the initial exploration work,” he added.
A key part of the design process is to determine the existing ground parameters used to design the structural integrity of the tunnels, shafts and link sewers, said a statement from the Dubai Municipality.
The Drainage and Irrigation Department of Dubai Municipality, led by acting director Mohammed Al Rayees, is proceeding with the site investigation programme, of which Parsons has engaged a company to drill a series of 250 boreholes along the route of the new sewerage network.
The Drainage and Irrigation Department expects this programme to take up to nine months, the statement said.
During this field work phase, truck mounted rotary rigs will move to locations along the proposed route of the tunnel and link. The duration of stay at any single location will vary, depending upon drilling depth and in-situ testing requirements, it stated.
In general, however, drilling rigs are expected to stay at each location for two to five days. The rigs will be equipped with drilling rods, drill bits, excavation tools and various in-situ testing equipment, it added.
Upon completion of field work, the results of in-situ testing and laboratory analysis will be evaluated to provide advice on appropriate construction methodologies for the tunnels, link sewers and shaft excavations, and to provide ground parameters that will enable engineers to produce cost effective designs, said the statement from Dubai Municipality.
The geotechnical investigation will include the planning and implementation of destructive and non-destructive techniques by using conventional and specialized drilling/testing tools. Samples of the soil and rock encountered will be retrieved, and use for further analysis, it added.
TRADE ARABIA NEWS SERVICE
Source: http://www.gdnonline.com/Details/294903/Dubai-starts-exploratory-work-on-$32bn-sewerage-project